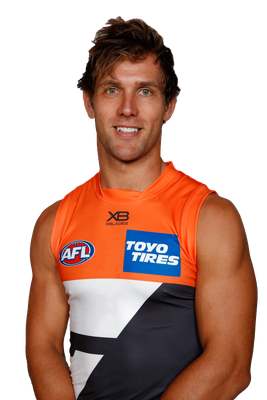 Matt de Boer was drafted to Fremantle in the 2009 rookie draft with Fremantle's second selection, No.19 overall. After displaying good form during the 2009 pre-season, he was elevated to Fremantle's senior list and made his debut in the Western Derby in round 6, 2009. De Boer played 138 games for the Dockers over eight seasons and was named Best Clubman in 2010 and 2011. De Boer joined the GIANTS with pick 58 in the 2016 NAB AFL Draft. De Boer settled into life as a GIANT swiftly. His exceptional leadership was recognised in 2018 as he was added to the club's leadership group.​