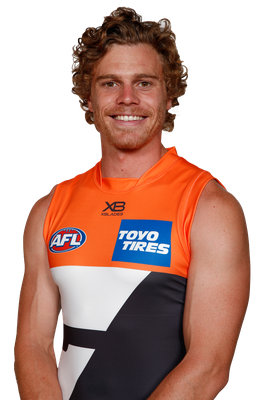 Melton’s Adam Kennedy joined the GIANTS from the Western Jets in 2011 after being overlooked in the 2010 draft. The defender made an outstanding AFL debut in round 1, 2012 collecting 28 disposals and taking 11 marks and has gone on to be a key member of the GIANTS' defence. A hard-running defender, who can also play on the wing, Kennedy suffered a season-ending knee in round 7, 2017, having cemented his spot in the back six. He returned with a bang in round 17, 2018 and didn’t miss a game for the rest of the year.​ Kennedy had his most consistent season yet in 2019, playing 23 games including the Grand Final.