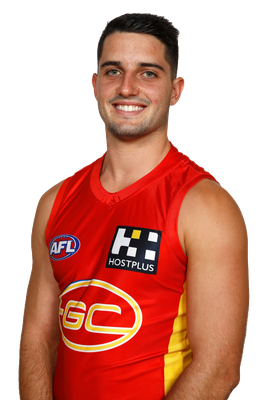 Brayden Fiorini took a major step forward in 2019, playing 21 games – his best result for a season of AFL football. Finally getting some consistency in his body, Fiorini accumulated the most disposals for Gold Coast last season, averaging 25 per game to go with four marks and five tackles. Fiorini showed class and composure when he was able to take the field, playing between the wing and on the ball. The 22-year-old was also elevated into the leadership group last year after impressing with his leadership traits on and off the field. His fifth-placed finish in Gold Coast’s Club Champion is a testament to his ability and entering his fifth season Fiorini will be looking to take the next step with his football.