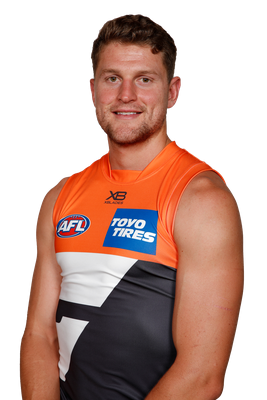 Hailing from Leeton in Southern NSW, GIANTS Academy graduate Jacob Hopper is a midfielder who's built a reputation as one of the toughest young midfielders in the AFL. Hopper debuted in his first season at the elite level, earning a NAB AFL Rising Star nomination for his impressive debut game. Hopper enjoyed his first injury-free pre-season heading into the 2019 season and took a significant midfield role in the absence of Dylan Shiel.