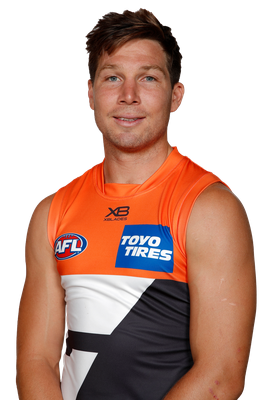 Toby Greene has been a GIANT since day one and in 2018 signed a long-term deal that will see him remain at the club until at least the end of 2024. A move to the forward line in 2016 saw him finish the season with All Australian honours and taking home the Kevin Sheedy Medal as the GIANTS' club champion. Greene was impressive again in 2017, finishing equal leading goalkicker with Jonny Patton and Jeremy Cameron. Greene's on-field niggle and ability to find the goals in crucial moments has seen him endear himself to GIANTS fans and become a popular target for opposition supporters.