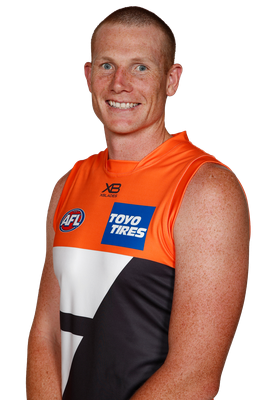 Hailing from Ardrossan, on the Yorke Peninsula, Sam Jacobs was originally selected by Carlton in the 2006 rookie draft. The Woodville-West Torrens product scattered 17 games across five years for the Blues before he was traded to Adelaide. Since his Adelaide debut in 2011, Jacobs has received three All Australian nominations. Jacobs joined the GIANTS as a Free Agent in October, 2019.