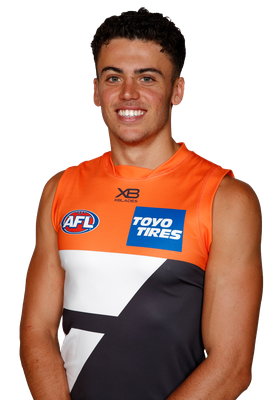 Jake Riccardi – who was a member of the Calder Cannons NAB League squad in 2017 and 2018 – won the Fothergill-Round-Mitchell Medal as the best young player in the VFL, showing consistency throughout the season under former GIANTS assistant coach Mark Williams. A strong mark and a deadly set shot, Riccardi kicked six goals in a game against Coburg and booted three as Werribee were knocked out of the VFL finals by Essendon. Riccardi joined the GIANTS with pick 51 of the 2019 NAB AFL Draft.