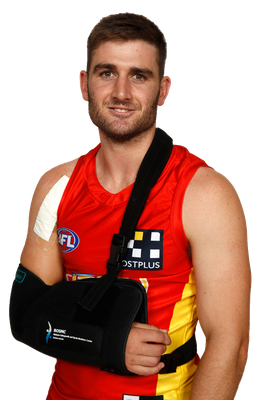 Coming to the SUNS from Richmond at the end of 2018, Anthony Miles made an immediate impact in the red and gold. The midfielder made his club debut in Round 1 and went on to play 17 games in 2019. After building consistent form through the middle of the season, Miles injured the syndesmosis ligament in his ankle in Round 21 and was subsequently ruled out of the remainder of the season. His best performance was in Townsville, in Round 13 against St Kilda, winning 27 disposals to go with seven marks, six tackles and a goal in the tight loss.