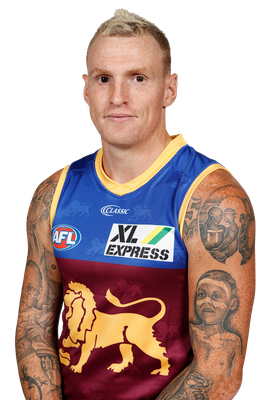 Mitch Robinson or ‘Robbo’ as he is known, is a ferocious and competitive beast who is best known for his hardness at the ball. Robinson played his junior football in Tasmania before being drafted by Carlton in the 2008 AFL Draft. Robinson was signed by the Lions in 2014 and was the joint Merrett-Murray Medal winner in 2015. He earned himself the Player’s Player award in 2019 as well as the Shaun Hart Trademark Player of the Year. Robinson is also well known as an e-sports professional, and recently raised $15,000 for the bushfire disasters in 2019/2020.