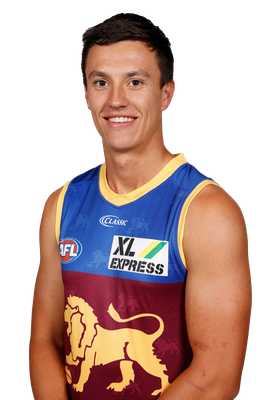 Hugh McCluggage was recruited from the North Ballarat Rebels in the 2016 draft at Pick No.3. The classy midfielder made his debut the following year in Round 3, and he went on to earn a Rising Star nomination in Round 14 of that same year. In just his third year in the AFL in 2019, McCluggage finished third in the Brisbane Lions Best and Fairest, taking home the Alastair Lynch Trophy. He was also named in the AFLPA’s 22under22 team along with earning a spot in the All-Australian 40-man squad.