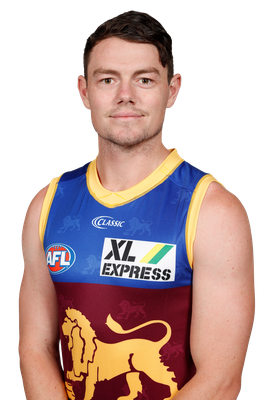 Lachie Neale is originally from Apsley, a small town in Western Victoria, and moved to Kybybolite in South Australia at a young age. Lachie was originally drafted to the Fremantle Dockers in the 2011 Draft, before moving to Brisbane in 2018. In 2019, Neale dominated the competition as a prolific ball-winning midfielder. Neale finished the 2019 Brownlow Medal in equal third place and took home the Merrett-Murray Medal as the Brisbane Lions best and fairest. Neale is ranked fourth of all time for most disposals in a game at 51.