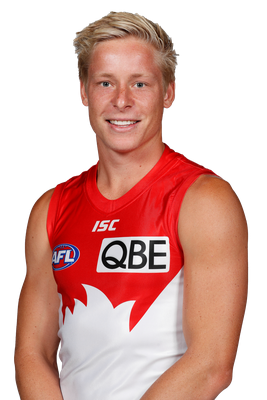 Isaac Heeney is a crowd favourite and one of the best young players in the competition. The QBE Sydney Swans Academy graduate won the 2018 AFL Mark of the Year award, was selected in the AFL Players’ Association’s 22Under22 team in two of his eligible four years and played his 100th senior game in 2019. Heeney can be used in the midfield, forward line – where he booted four goals in star teammate Lance Franklin’s absence in Round 20 last year – or as a loose man in defence.