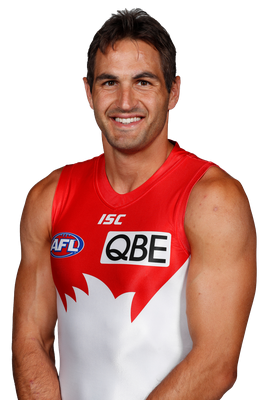 Josh Kennedy led the Sydney Swans to back-to-back finals campaigns as the club’s sole skipper in 2017 and 2018, and has since led the team as a co-captain alongside Luke Parker and Dane Rampe. The top-class midfielder has compiled a glowing list of individual achievements since leaving Hawthorn for Sydney ahead of season 2010, collecting a 2012 premiership medal, three All Australian blazers and three Club Champion awards. Kennedy is instrumental to the Swans’ host of young midfielders learning their craft at the top level, including Oliver Florent, James Bell, James Rowbottom and Dylan Stephens.