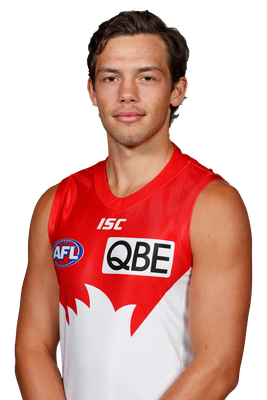 Young speedster Oliver Florent has become a crucial element of coach John Longmire’s team since the Sydney Swans secured him with their first selection at the 2016 AFL Draft. The Victorian has shown glimpses of exhilarating footy on a wing, most memorably when he jagged a runaway goal in Round 4, 2018 to seal a gripping victory for the Swans over the Bulldogs. But Florent, who’s also spent time on the inside of the contest, is determined to continue to grow his game as a hybrid midfielder in 2020.