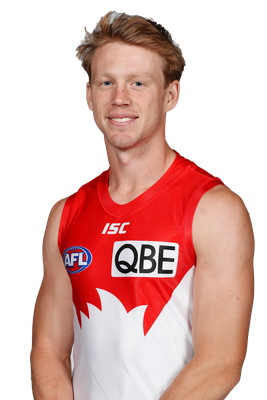 Callum Mills is one of the best young players in the AFL. The QBE Sydney Swans Academy graduate won the 2016 AFL Rising Star award and was selected in the AFL Players’ Association’s 22Under22 team in three of his four eligible years. Mills is a small defender with uncompromising courage who’s also capable of shifting through the midfield. The New South Welshman was elevated to Sydney’s leadership group during the 2018 pre-season at the age of just 21, and he’s now a member of a five-man leadership panel alongside co-captains Josh Kennedy, Luke Parker and Dane Rampe, as well as Lance Franklin.