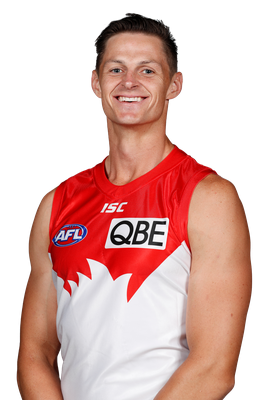 Callum Sinclair was traded from the West Coast Eagles to the Sydney Swans ahead of season 2016 and has since played vital roles as a key forward and ruckman. Over his first two seasons at the Swans he played primarily as a forward as Kurt Tippett and Sam Naismith carried the ruck load, but the retirement of Tippett and Naismith’s ACL rupture left him with the chief ruck duties in 2018 and 2019. That was until he dislocated his right shoulder twice in Round 15, an injury that ended his season. Sinclair banked a stellar 2020 pre-season campaign and has a burning desire to play every game at the top level this year.