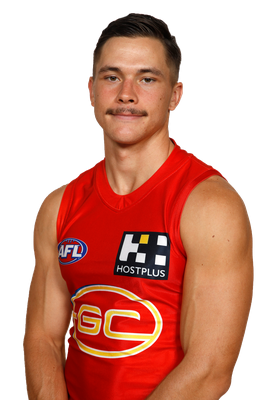 It was an up and down year for Ben Ainsworth in 2019, with the 22 year-old only managing 12 games due to injury. Going down with a knee injury in Round 1, Ainsworth didn’t return until Round 4, playing the next seven games. He then missed another block of eight games after fracturing his foot in Round 10 against Geelong. Ainsworth spent more time in the midfield than ever before in 2019, averaging 17 disposals, four marks and two tackles per game. With the arrival of a number of quality midfielders to the SUNS in the off-season, Ainsworth’s versatility could see him return to the forward line. He’s blessed with explosive power and can turn games off his own boot, offering Stuart Dew plenty of promise for 2020.